If you’ve ever been to the ocean, you’ve certainly experienced the feeling of salt water residue all over your body, hair, and, perhaps in your mouth. When you are reminded of this slimy feeling, you might be wondering, “How can salt help the water in my house?”

While it might be counterintuitive, salt is crucial to your water softener’s performance.

Ergo, if your water softener is working properly, your appliances last longer, your sinks and tubs don’t get stained, and your dishes can be crystal clear. In this article, we’ll discuss why a water softener needs salt, when to add salt, and what kind to use. 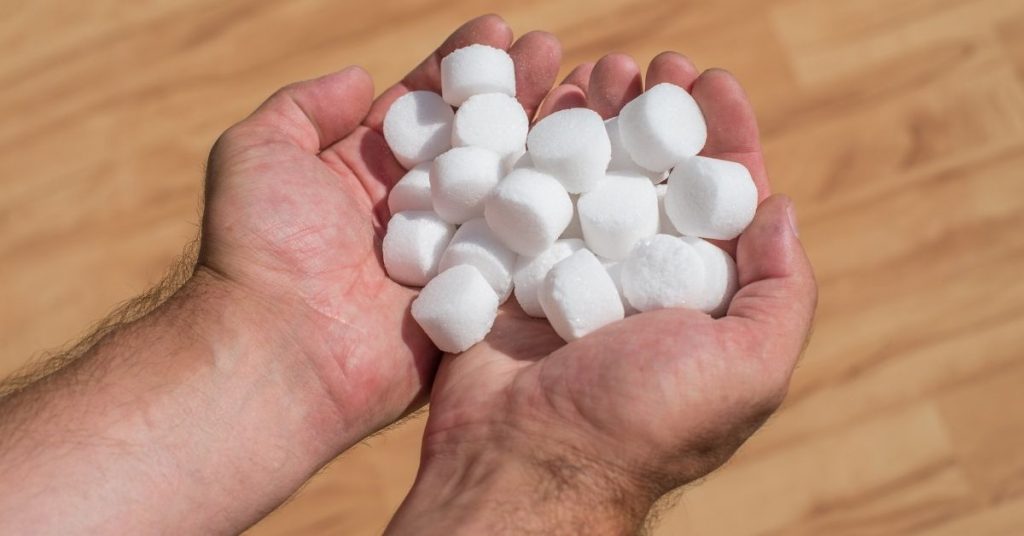 Why does my water softener need salt?

Every time you haul a heavy bag of softener salt into your home and refill the brine tank, you may wonder, “How much of this salt ends up in my water? Am I drinking, bathing in, and cooking with salty water?”

The truth is, water softeners do not add any salt to the water. The water softening process breaks down the salt to use its sodium. There is a difference. Salt, also known as sodium chloride (NaCl), contains sodium (Na). Salt is a chemical compound while sodium is an element. You’ll find sodium in many foods and ingredients such as bread, pizza, cheese, and most obviously, table salt. Salt is used for a water softener because it is necessary for the ion exchange process.

What a Water Softener Does to Water

A typical water-softening system removes calcium and magnesium ions from hard water and replaces them with sodium ions—ion exchange. Calcium and magnesium ions interfere with the action of household soaps and detergents, but sodium does not. Your water softener unit is usually located in your household plumbing near the place where water enters the house so that it softens the water used for drinking and washing. The unit contains several cubic feet of porous plastic resin covered with molecules that attract and bind to positive ions dissolved in the water.

Normally, sodium-positive ions coat the resin, but as water flows over the resin on its way to your sink or washer, the naturally occurring calcium and magnesium positive ions that exist in hard water stick to the resin. This releases sodium ions into the water in order to maintain a balance of electrical charge on the resin. Gradually, most of the sodium ions are released into the household water, and the resin becomes saturated with calcium and magnesium ions.

How a Water Softener Uses Salt

Every few days, the unit must renew the resin by rinsing it with a concentrated solution of saltwater (sodium chloride), usually in the middle of the night. The high concentration of sodium ions in the salty water displaces the calcium and magnesium ions in the resin, and the resin becomes once again covered with sodium ions. The salty rinse water, calcium, and magnesium ions are flushed down the drain, and the system resumes normal operation.

When Should I Add Salt to My Softener?

If you forget to top off your water softener, the water softening resin will stay saturated. This brings the ion exchange to a screeching halt and allows hard water minerals into your pipes, fixtures, and appliances. It may not be obvious at first, but after a while, you will notice a difference in your water quality.

Without enough salt to form a brine solution and recharge the water softening media, your system gets less and less effective. When there’s no salt left at all, your system will be attempting to recharge the media with raw water instead. This has no effect on the media, so hardness minerals will start creeping back into the water you’re using throughout your home.

Some homeowners refill the brine tank with salt every few weeks, and others do it every few months. That’s a fairly wide range. Plus, the amount of time that you’re used to can fluctuate if you’re using more water than usual.

For example, if you have had house guests stay for the week and more showers are being taken than normal, you will have to add salt to your softener sooner than you would expect. You will need to look inside the tank to check on things regularly. In general, salt should fill about half the brine tank.

Avoid Overfilling Your Softener with Salt

It’s also important to remember that you can add too much salt to your softener. Too much salt can cause bridging—when the salt towards the top of the water softener brine tank bonds together, creating a crust that stays suspended at the top of the brine tank. If you have ever seen salt clinging to the sides of a salt shaker where you have to bang on it to break up the salt inside of the shaker, you understand how salt can cling together to create a salt bridge.

Humidity in the air can cause a small amount of salt to dissolve on the outer surfaces of the salt in the brine tank which can cause two pieces of salt to bind together. If enough pieces of salt bind together, they will create a crust, which will not drop down as the salt underneath is used. The closer that the level of salt gets to the top of the brine tank, the more likely salt bridging can occur because the humidity can change more when the air is closer to the opening of the tank, and there is more opportunity for the salt to cling to the side of the tank.

What Kind of Salt Should I Add to My Softener?

The right salt can make the difference between a water softener that works smoothly and is easy to maintain, and one that’s a hassle. If you are unsure about which kind of salt your softener uses, contact your local water quality experts. There are 3 factors to consider:

Form of the Salt

Pellets are normally recommended, although salt is also available in crystal and block form. Consult your owner’s manual for the recommended form. They all are made from salt (sodium chloride) but differ in how they are produced.

Water softener salt crystals are made from evaporating salt water in shallow outdoor ponds. The sun and wind evaporate the water and leave behind a layer of natural salt crystals.

Water Softener Salt pellets, cubes, and blocks are made from small salt granules that are compacted together to form a large, pillow-shaped pellet, cube, or block. The larger size of pellets and cubes may make them less susceptible to bridging than smaller salt crystals.

Purity of the Salt

If you notice common hard water problems, such as soap scum on your bathroom tiles, dishes that don’t get clean, or problems getting a good lather in the shower, contact the experts at c and j water. We can help you with all your water quality issues. 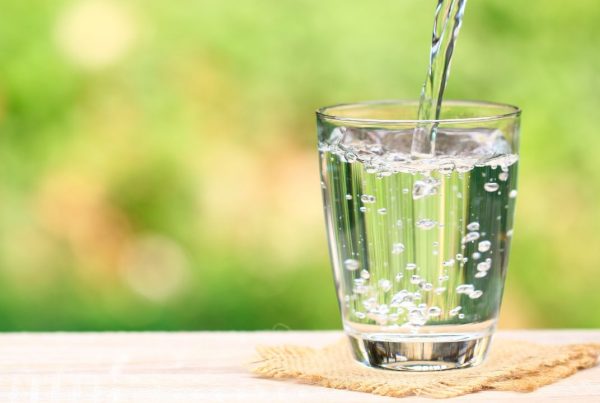 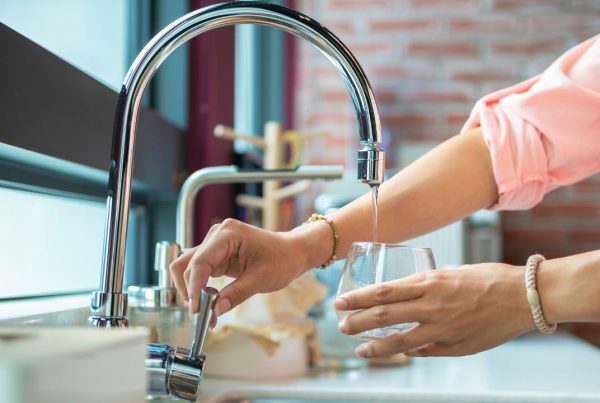 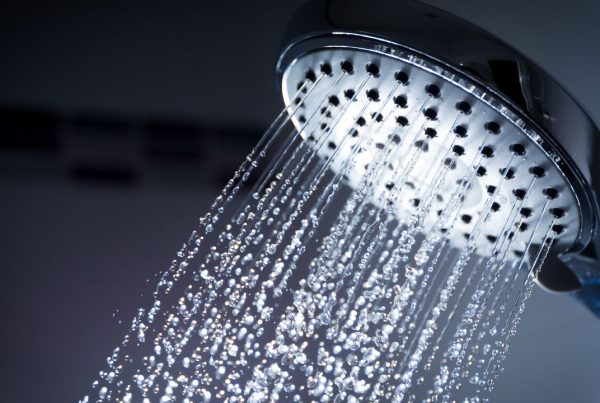