Hard water is an issue for residents of Central Indiana. Water is considered “hard” when it has high levels of dissolved calcium, magnesium, and iron salts. Water in Indiana is considered “very hard” because of the natural deposits of these minerals. 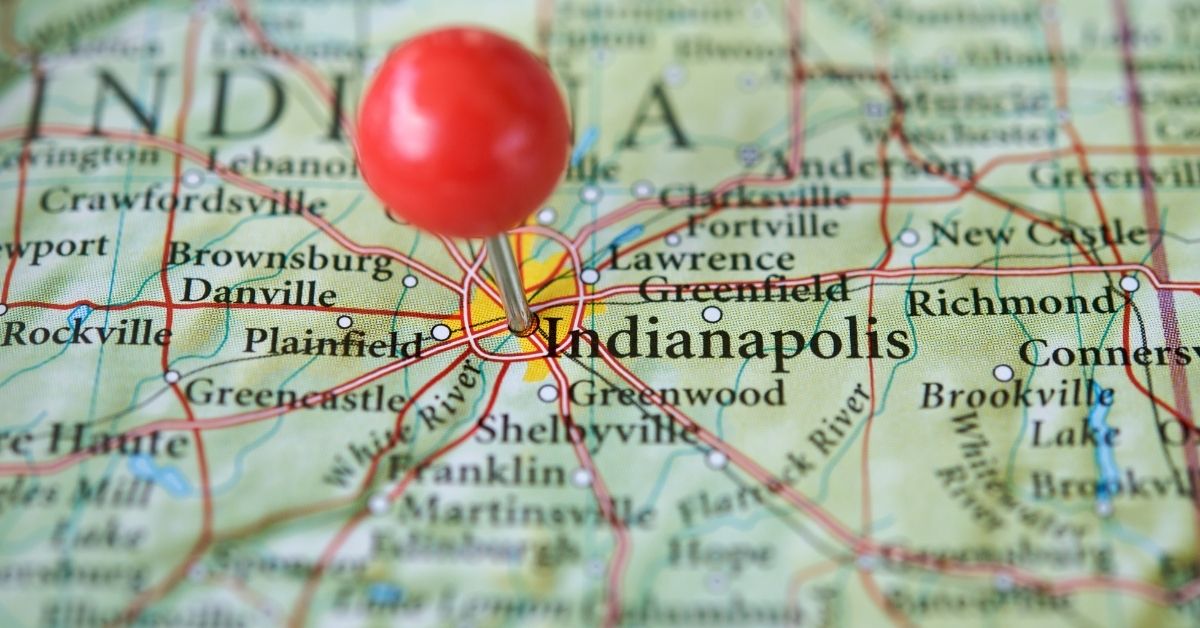 Typically, Central Indiana water has levels of calcium carbonate—the term used to express water hardness—ranging from 200-350 milligrams per liter, or parts per million. This translates to about 12-20 grains per gallon (gpg), the measure often referred to in determining water softener settings.

Water hardness can vary greatly depending on location and source.

Hard water is unpleasant for many reasons—using more soaps and detergents, dingy appearance on clothes, stains and scale buildup on appliances, sinks, and tubs, and even boiler scale that causes higher utility usage and bills.

How hard is the water in your home? Request a custom analysis on the water hardiness in your home. Our water experts will provide an analysis and review of your best hard water treatment options.

Minerals such as iron, calcium, and magnesium are the minerals that cause hard water. They are dissolved in your water. Hard water has unpleasant and unwanted effects on your home and health.

If you live in any of these Central Indiana locations, you have hard water. Understand your options, and get a water softener that will take care of your hard water problem so your household has healthy water. Get the affordable water treatment equipment you need to soften hard water in your home.

This guide will help you determine the best way to mitigate the hard minerals in your water.

Do I need to soften city water?

Because it is costly and the EPA considered water hardness a secondary contaminant, most municipalities don’t soften their public water before sending it to their customers.

Water in Brownsburg, IN

City drinking water comes from groundwater pumped from eight wells drawing water from the White River Basin and the purchase of approximately 400,000 gallons per day from Citizens Energy Group. Average Hardness for city and well water in Brownsburg is 17gpg.

Water in Carmel, IN

Carmel Utilities softens water to within 5 grains of hardness prior to distribution. The hardness of the water may vary especially in times of high demand. If you were a previous Indianapolis Water Customer, and have not yet been converted to Carmel Water, the water you receive still comes from Indianapolis Water and has not been softened. Private water wells in Carmel average around 8gpg.

Water in Fishers, IN

A suburb of Indianapolis, Fishers, Indiana is one of the fastest-growing communities in America, with a population today of 85,000 compared to 38,000 in 2000. The town has affordable homes, good healthcare, and a diverse business sector, and transportation assets include Interstate 69. A highly regarded Hamilton Southeastern School District has more than 21,00a0 students, and recreation attractions include Geist Reservoir, 14 parks, and 85 miles of trails and greenways. There are two suppliers for public water in Fishers—Citizen’s Energy Group & The American Water Company. The average water hardness in Fishers is 18gpg.

Water in Indianapolis, IN

Citizens provides safe, high-quality water service to approximately 400,000 homes and businesses in the eight-county Indianapolis area. Water is transported via 4,000 miles of pipeline from nine water treatment plants strategically located near primary water sources including the White River and Geist, Morse, and Eagle Creek Reservoirs. The Indiana Central Canal is also an important water source for the city. The average water hardness for city water and private water wells in Indianapolis is 15-20gpg.

Water in Noblesville, IN

Noblesville is supplied by The American Water Company and their raw drinking water supply is groundwater obtained from 12 wells in three well fields. The average water hardness for city water and private water wells in Noblesville is around 20gpg.

Water in Plainfield, IN

The Plainfield Water Works provides water service to approximately 8,800 customers from a total of four water treatment plants and 8 groundwater wells. The Plainfield Water Works system is capable of producing approximately 9.5 million gallons of treated drinking water each day. The drinking water treatment begins with aerating and chlorinating the well water, which oxidizes the naturally occurring iron and manganese contained in the groundwater. Oxidized iron and manganese are then removed by pressure filtration. The filtered water is chlorinated in order to maintain a residual level of disinfectant throughout the town’s distribution system. Fluoride is also added to the finished drinking water prior to entering the distribution system, along with polyphosphate which minimizes corrosion within the Town’s piping system and staining sinks and tubs in homes and businesses. Water hardness in Plainfield averages around 12gpg.

Water in Westfield, IN

Water in Zionsville, IN

Zionsville is a suburban town located in the extreme southeast area of Boone County, northwest of Indianapolis with a population just above 28,000.  Citizens Water Company provides Zionsville’s public water services and, because the water is not softened at the source, the average hardness for city water and private water wells is 15gpg.

*This data of water hardness is for reference purposes only and may vary based on location. 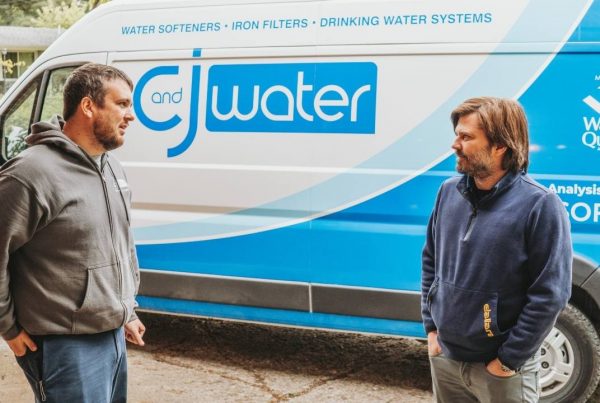 When Should a Water Softener Be Replaced?

C&J Well Co. | Water Softener Systems | No Comments
Is it Time to Replace Your Water Softener? At c and j water we are often called to inspect and repair water softeners made by… 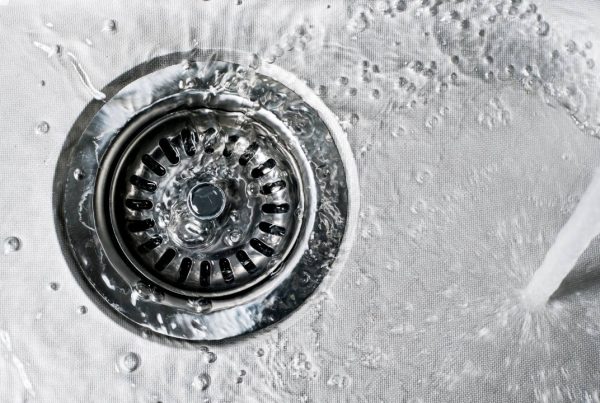 Most Common Water Problems and Remedies

C&J Well Co. | Water Problems, Water Treatments | No Comments
Most Common Water Problems and Remedies  Many Americans take clean water for granted. Sometimes, however, the water coming out of the faucet may have problems—discoloration,… 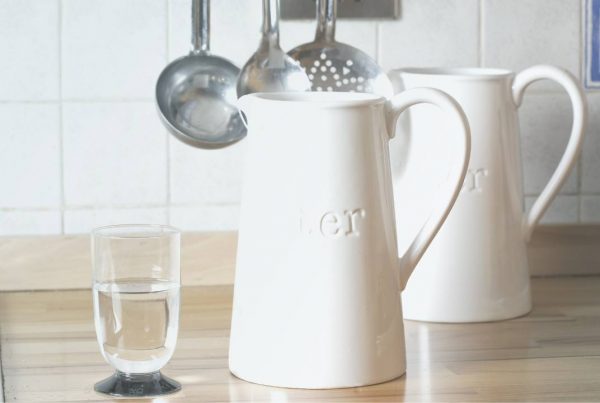 C&J Well Co. | Water Problems, Water Treatments | No Comments
Determining Hard Water Problems  Being a homeowner is never without its problems. But you do your best to keep your home and appliances maintained and… 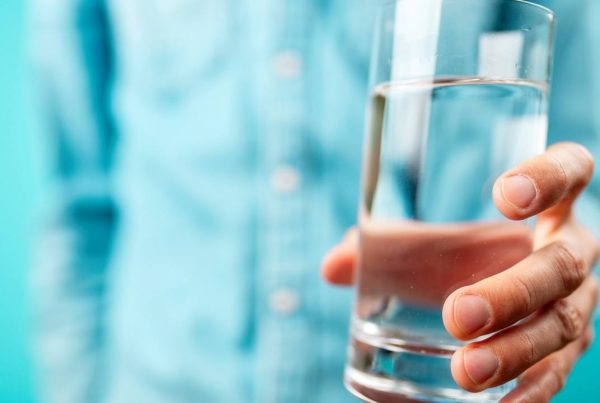 10% OFF any Product or Service!